Realising i am not a bad mother!

When I found out I was pregnant, once the shock had passed, I knew exactly what was to come. Of course being pregnant wouldn't be easy and labour might be a bit shite, but once that was over with it would be plain sailing. I have 3 brothers younger then me and had helped out a lot when they were small, I knew how to change a nappy and feed a baby and dress a baby. I would spend my days looking lovingly at my precious bundle, proudly pushing her down the road for walks in the sunshine, pointing out the birds and other things we would come across. When she napped I would frantically search Pinterest for fun and fabulous things to do with my baby, and jot them all down excitedly. I would take her to baby groups all the time and chat with all the other mum's about how wonderful she is and we would arrange coffee dates, as she slept in my arms or happily kicked about on the floor. Granted night's would be a bit pants if she didn't sleep, but that would be ok. She would be worth it. That's what everyone else says, so why should I feel any different? 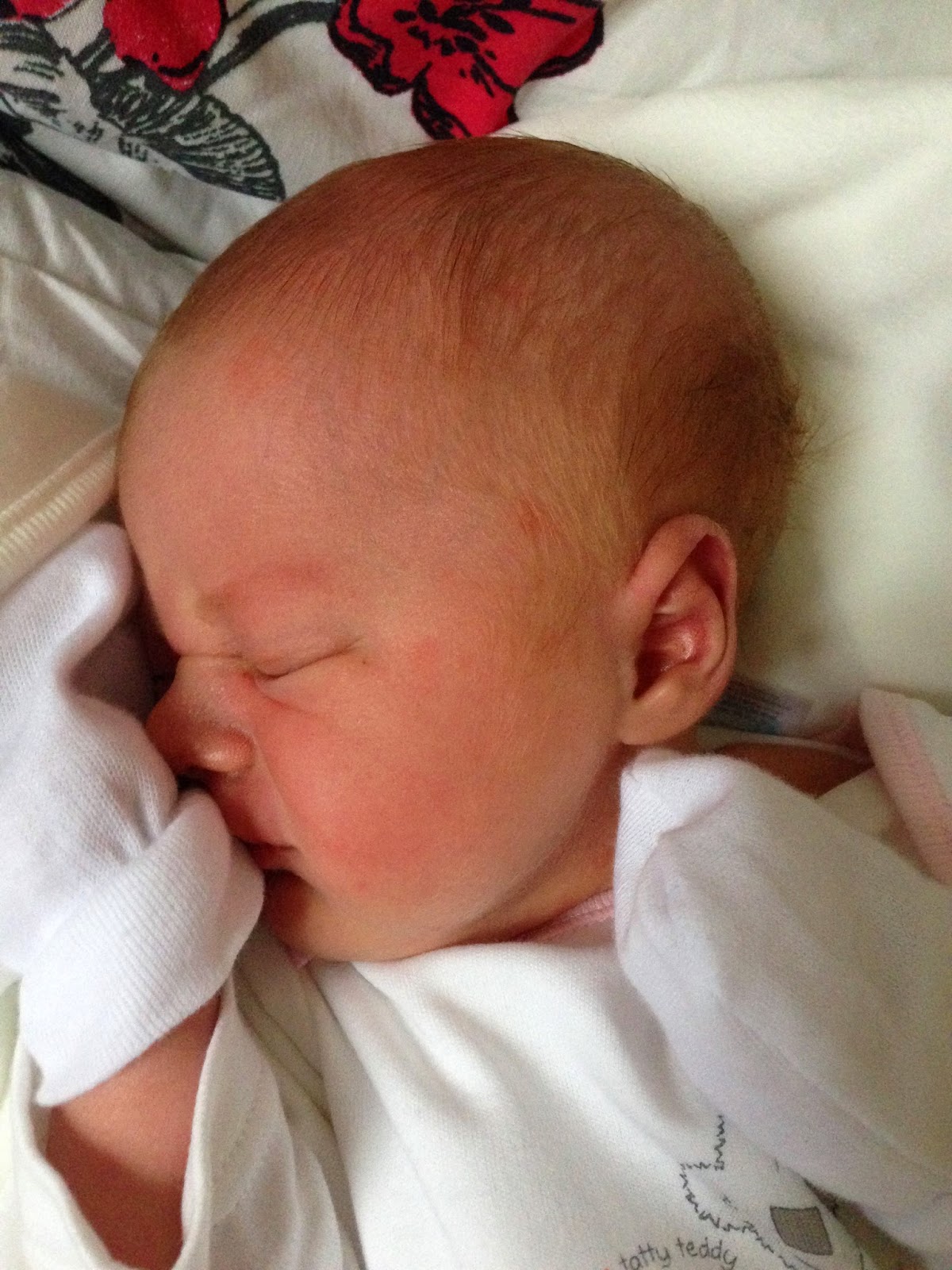 This was the dream.
The reality however is not so similar.
Pregnancy wasn't so bad really, though those around me may disagree with that. Labour was... well the less said about that the better. Maybe I will blog about it one day.
Having an Actual Baby however, was nothing like I had imagined it to be. When she was born, I didn't feel that instant rush of love everyone told me I would. I did feel very protective of her, telling Ashley to stay with her and not to leave her. Where I thought he was going to go is a mystery! I'm not sure when I started to really love her, it was within a couple of days though. That may sound awful to some, and before I had Betsy I would have thought exactly the same. I have spoken to people who experienced the same thing, so I know I'm not alone in this. The initial first couple of weeks were a bit of a blur, it was probably a month or two in that I started to really find things a little bit shit. 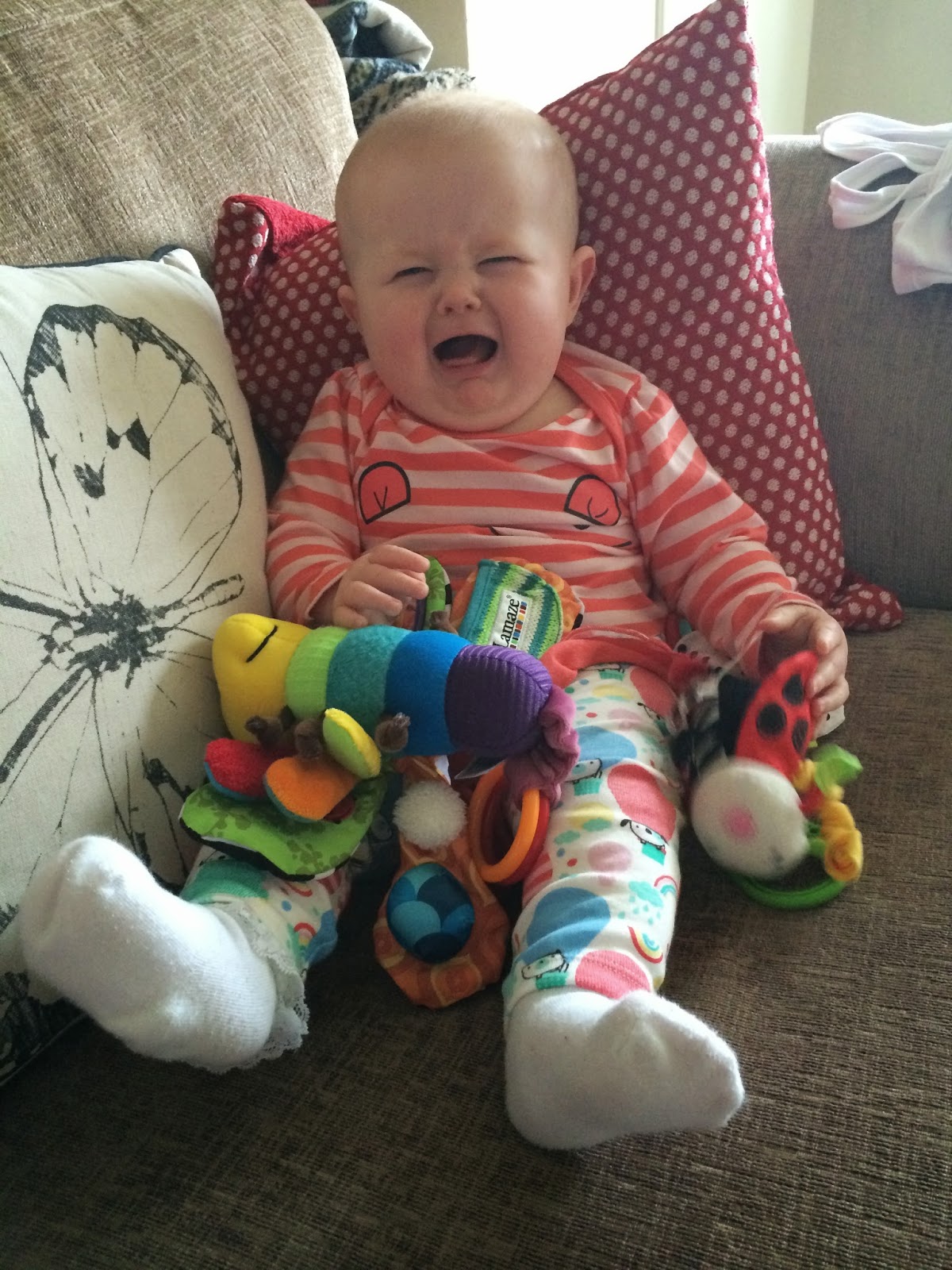 It wasn't everyday, and on the bad days it wasn't always the whole day. Weekends I would be ok, as Ashley would be there, the same as if I had plans in the week with anyone and wasn't on my own, I wouldn't feel too bad. But it was impossible to have plans every single day so that I wasn't on my own.
She went through an awful time where from about 3pm onwards she would scream and scream non stop. At the time we convinced ourselves it was definitely not colic, it was 'purple crying' (Google it). We still don't know what it was, other then incredibly grim. She started sleeping awfully, and I was constantly being told to sleep when she had her naps but instead I spent that time fretting about how tired I was and how messy the house was and how deathly I looked. Not on Pinterest. When she was about 6 weeks we started going to a baby group, but despite all the common ground I had with the other mums I was too crap at small talk to initiate any kind of conversation. The weather was shit, so I couldn't get out much, and then when it started to get a bit better Betsy decided she hated her pram. I remember one day walking to my mother in laws and she was screaming and screaming so I got her out and wrapped her in a blanket, and somehow managed to hold her in one arm and awkwardly push the pram with the other. I was at my wits end, when some stupid old bint doing her gardening looked up and told me how awful she thought I was for having a baby 'out in this weather'. I should have asked her what sort of weather she deemed appropriate to take a baby out in, as it was a warm sunny spring day. Rather then just ignore her, or stand up for myself, I kept walking as fast as I could to my mother in laws and burst into tears as soon as I got there. She told me I was being silly and that I am Betsy's mum and I know what I am doing. My grandmother in law however was demanding to know where this lady lived so she could 'have a word'.
It was probably around this time that I started to struggle. I put myself under ridiculous pressure to be perfect. I genuinely thought there must be something wrong with me, that no one else struggled like I did. It snowballed out of control. On a daily basis I didn't really think anything was majorly wrong, I just had a bad day here and there. It was only once I was out of it that I realised how awful everything was.
I felt so desperately isolated, everything was so impossibly different to how I thought it would be. I felt like my life had stopped, I was stuck in a never ending routine of feeding, winding, playing, napping, cleaning, feeding, winding etc. Never being able to have a break because I exclusively breastfed her. I resented Ashley so so much for 'having a life'. A life that consisted of working a long day and then coming home to a miserable cow every evening, and one which he would have gladly swapped to be able to stay with his daughter all day long. I knew this, and it made me feel worse, but I still resented him. I began to dread getting up in the mornings, began to feel like I couldn't cope. So many times I stared at the front door while she was screaming in my face wishing I had the guts to walk out of it and not come back. Everywhere I looked I saw wonderful mothers with their wonderful babies, loving life and not struggling one little bit. The sort of mother I had envisaged being. I loved Betsy to bits and would have done anything for her. I just didn't want to be a mum. 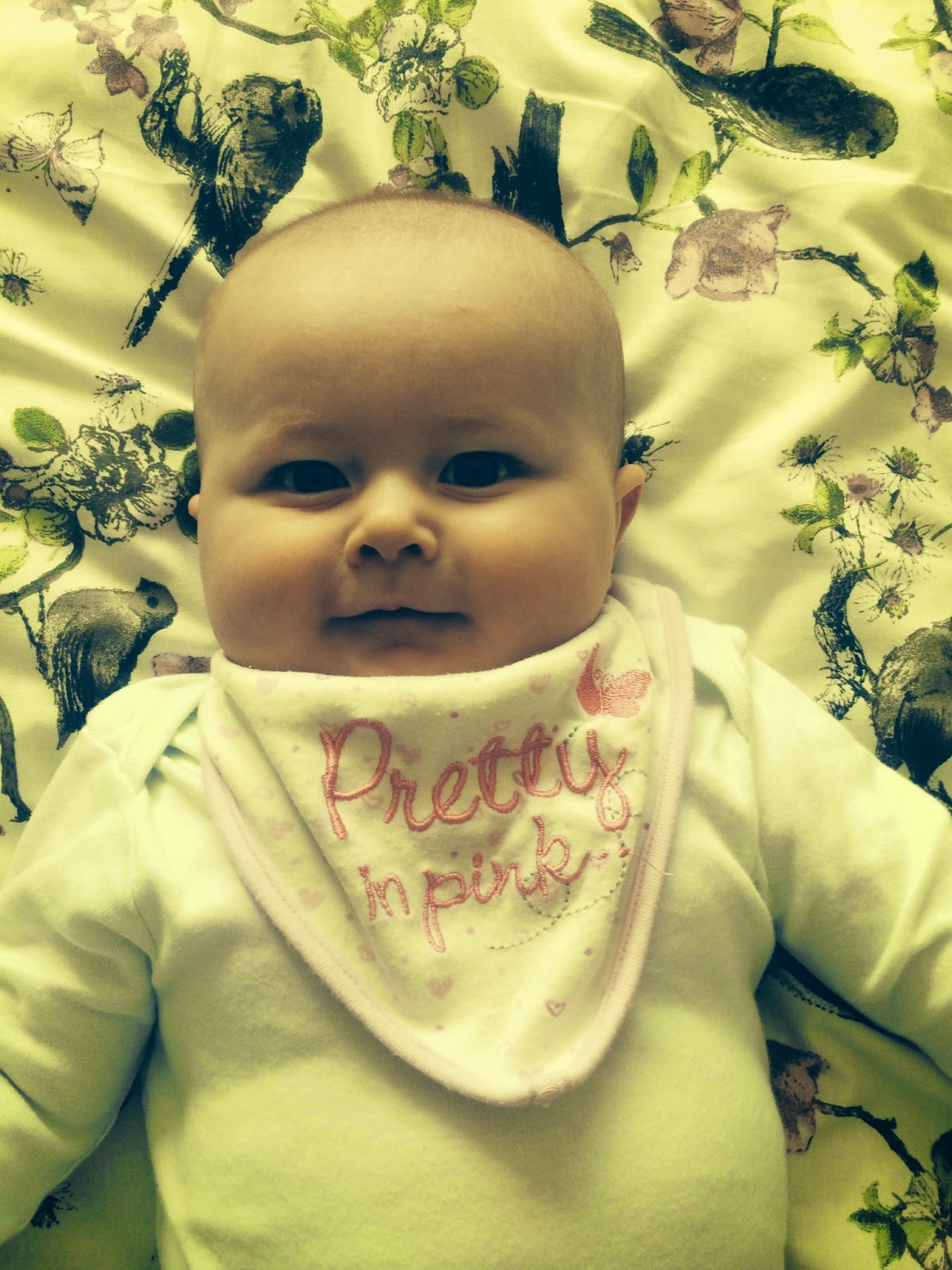 Eventually I admitted to everyone how I was feeling and managed to get myself sorted out. I realised that all of these wonderful mothers and babies I was seeing were more then likely struggling just as much as I had been, but just didn't show it. I started to ignore the 'perfect' tweets and Facebook posts and everything else I saw, and focus on my own life. Got out more, even if it was just a walk around the block. Made time for myself. Managed to finally break Betsy's wall of defiance and get her to take a bottle. Started being a little nicer to Ashley and giving him a bit of credit for how wonderful he had been and was still being.
I still have days where I am pulling my hair out and feel like screaming, the only difference is that I know this is normal, and it doesn't make me a bad person. For the most part we cope fine and have the best times together. But when I do feel a little bit like motherhood is swallowing me up, I speak up. Mainly to Ashley, who I would be very lost without. Knowing he is there no matter what reminds me that I can cope with whatever Betsy throws at me. 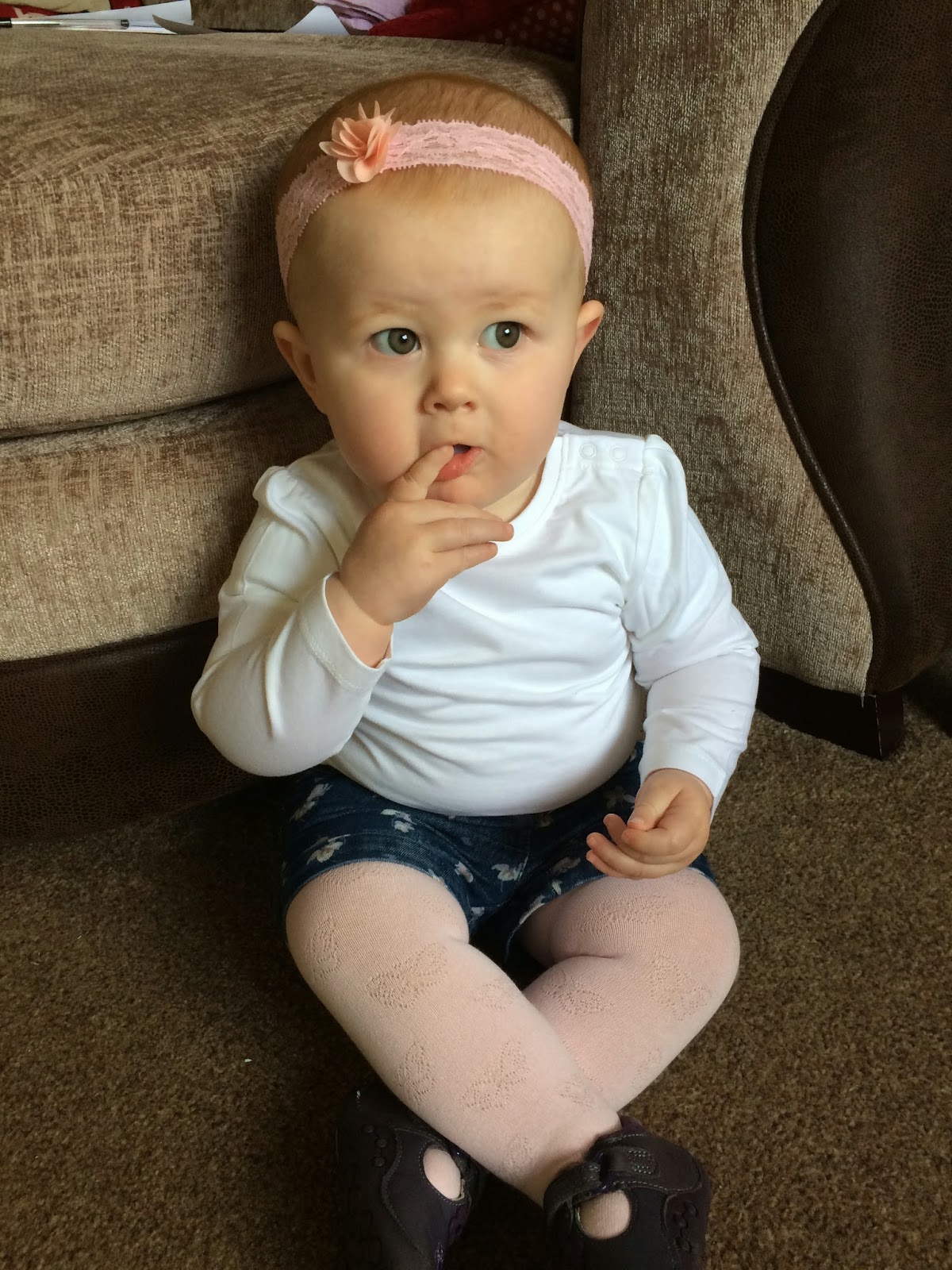 I have rambled a little bit in this post, but my point is that it is ok to find things tough! I have always been an over thinker and a worrier, self conscious and just a bit ridiculous. I took all of this to the extreme a little bit. So I'm not saying everyone will feel like that. I just don't want anyone who does find it hard to feel as trapped and isolated as I did. It is perfectly fine to struggle, have bad days, be irritated that your baby was woken up for the third time in the same bloody hour, inconsiderate little sod! When Betsy has been up all night or whined all day, people know about it. It's how I cope with my little terror, I have to vent. Otherwise I would most probably spontaneously combust. Some people are opposite, and don't like to or feel the need to divulge negative things about their child. And that is fine, just don't do what I did and take that as meaning no one else finds it tough sometimes and therefore you must be an exceptionally bad parent.
Because you most definitely are not!! 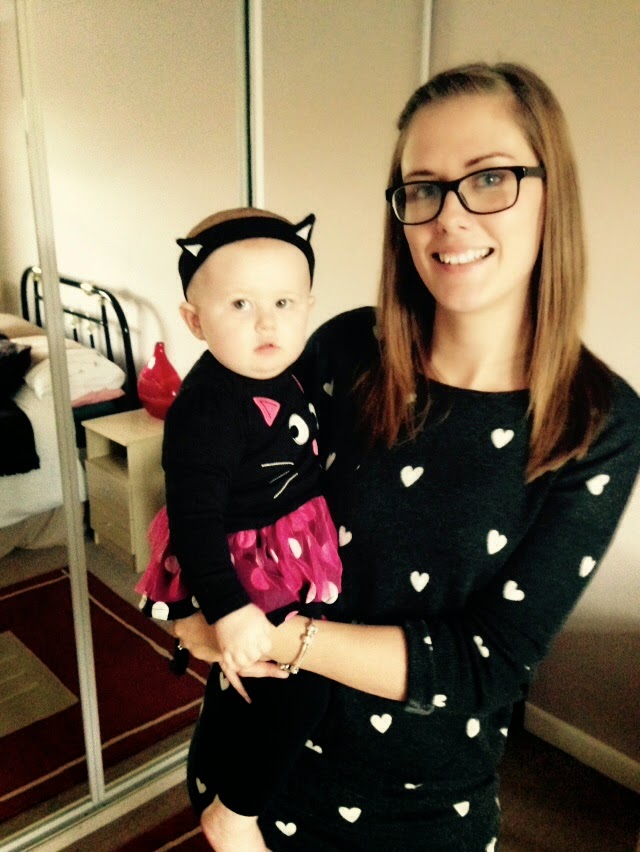